“Brian is a leader in regulatory services and finance with broad knowledge in both areas. We are fortunate to have his expertise at Kentucky Power. Brian will continue to be a great fit as Kentucky Power works every day to provide safe, reliable and affordable power to its customers in eastern Kentucky,” said Brett Mattison, Kentucky Power’s president and chief operating officer.

West, a native of central Ohio, has been with AEP since 1989. He first worked in Portsmouth, Ohio, as a customer services associate. He held various other customer services positions before moving to the regulatory services group in 2008. West has worked as a case manager on energy efficiency, integrated resource planning and renewable filings and has worked on rate cases in West Virginia and Tennessee. He holds a master’s degree in business administration from Ohio Dominican University and a bachelor’s degree in business management as well as an associate degree in electronics technology, both from Ohio University. 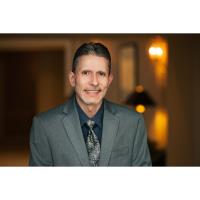